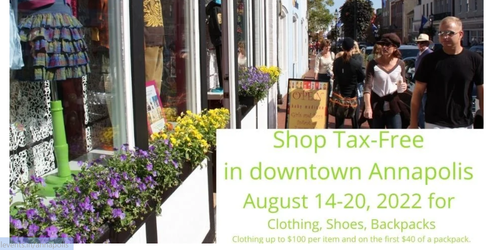 Live music by local bands, beer, wine and mixed drinks and food all served up against the incomparable backdrop of the Chesapeake Bay. Guests should bring a blanket or lawn chairs for seating during the concert. Sponsored by WRNR 103.1 FM, Landmark Shark Beer, Eastport Civic Association, Homestead Gardens and the Arts Council of Anne Arundel County.

In case of inclement weather, the concerts will be moved inside the McNasby Oyster Company building, the Museum’s headquarters.

For more information of directions visit www.amaritime.org or call the museum staff at 410-295-0104.

Dan Haas’s music has been described as an “acoustic pop smorgasbord delectable melodies, sensitive arrangements, expressive vocals all served up with plenty of smarts and soul.” Michael Buckley of WRNR said Haas’ music is “a banquet of musical delight, a multi-colored rainbow of textures and light.” An Annapolis favorite, Dan Haas performs locally at Red Red Wine, Rams Head, Jalepeños, and Middleton’s Tavern.

Along with Haas’s original compositions, which Baltimore’s Music Monthly praises for their great lyrics, instrumentation and musical arrangements, the popular Annapolis-based band performs an array of covers reaching across many genres: from Aerosmith’s “Sweet Emotion” and Ben Harper’s “Steal My Kisses” to Frank Sinatra’s “Fly Me to the Moon.”

Whether they’re playing one of their own songs or giving old favorites a new spin, the Dan Haas Band has a reputation for creating crowd-pleasing music wherever they play.

Michael McHenry Tribe delivers powerful and inspiring performances everywhere they appear. The band combines a blend of soul, psychedelic, funk, and rock in a rich amalgam of heartfelt and original material influenced by Coltrane, The Beatles, Eric Dolphy, Sly, Jimi, and their loyal fans. The hard hitting, deep infectious grooves of the Michael McHenry Tribe mesmerize listeners in a sea of funky beats, driving rhythms and electrifying melodies. With Michael McHenry’s cool, sultry and soulful singing voice and his irrefutable guitar playing combined with the watertight and contagious grooves of the rhythm section, Joe Glumsic and Ryan Cullen, this band will keep everyone on the edge of their seats if they’re not already up and dancing.

Michael McHenry is a singer, guitarist, and songwriter who describes his sound as “that space between the beginning of time and the end of the world.” The talent and charisma of Michael and his Tribe make them one of the best bands in Annapolis.

Well known to Annapolitans, guitar and piano duo Wayne Taylor and Mickey Basil play covers of a wide spectrum of musical genres. Wayne is a native of North Carolina and served as the lead singer, emcee, and guitarist in the U.S. Navy Band’s “Country Current” in Washington, D.C. for 21 years. During that time he performed in 49 states, the Grand Ole Opry, Good Morning America, the Today show, the Nashville Now Show, and had the privilege of performing for four U.S. Presidents.

Taylor and Basil’s eclectic mix of bluegrass, county, jazz standards, rock, popular, soul and originals will provide the perfect accent to a night on the shore of Back Creek.

The Walking Sticks specialize in a crowd-pleasing combination of folk and classic rock, free from metronomes, vocal-tuning, and digital embellishment. Early videos of a five-year-old girl bouncing around, belting out vocals to a Sinatra record and, in another family, seven-year-old twin brothers banging out an original song on piano. In 2012, now grown, Chelsea Lee and Max and Spencer Ernst began writing songs together and their strong vocals became known for weaving through a pulse synth soundscape.

Inspired by vintage synthesizer keyboards purchased at antiques stores and yard sales, The Walking Sticks are currently writing and recording songs for an upcoming EP. Working with them on the new EP with producer Brian Goddard is Steuart Smith, lead guitarist for the Eagles.

The Walking Sticks continue to build support in and around the mid-Atlantic region. Band members’ past performances include the 9:30 Club and Kennedy Center in Washington D.C., the Tin Roof in Philadelphia, the Rockwood Music Hall and Mercury Lounge in New York, and the Red Room in Boston. They played at the Museum’s Oyster Roast and Sock Burning in March.

Hula Monsters are a rockin’ swing band with a Hawaiian flavor. They have been bringing their sultry sounds of Hawaiian swing to the Greater D.C./Baltimore area since 1988. Originally formed as a trio, the group has grown into a quintet featuring Moe Newson on upright bass, harmonica, ukulele and vocals; Mark Noone on guitar, ukulele and vocals; Ben Holmes on drums, percussion and vocals; Gary Ferguson on lead guitar and vocals; and Lynn Kasdorf on steel guitar and vocals. Their repertoire includes rockabilly, blues, country, and jazz standards    all with a Hawaiian accent.

Since their inception, The Hula Monsters have won several “Wammies,” the annual awards given by the Washington Area Music Association, including the best world music group and best world music vocalist. The Washington Post calls them “One of the best bands in the world.” The Baltimore Sun writes, “You gotta love Hula Monsters. They’ve established one of the most novel sounds in the city.” They are a band of accomplished, seasoned, professional musicians who can really mix it up. It may be difficult to categorize their music, but the common thread is fun!

Tiki Barbarians are a fixture on the Annapolis music scene offering a smooth mix of classic rock, blues, boogie-woogie, and swing. Best of all they feature a concoction of local favorites penned by bandmaster Mike Lange. His “Eastport-orcian” ditties zero in on the boating culture of Annapolis and his own experiences a liveaboard in Annapolis Harbor. His masterful keyboard and hearty vocals anchor the lively antics of the group. Keith Manuel chimes in on some of the songs and lays the rhythm on drums. Tom Guay adds more vocals along with lead guitar, while Andy Fegley adds trombone to the mix and Rurik Reshetiloff handles the bass.

Tiki Barbarians are known throughout the area as a band that gets everyone on their feet. Whether they are playing on a boat or on a stage, their music creates a fun party atmosphere.

Raw Hands, an Annapolis-based “folkie-blues” band with roots in Carr’s Beach, will reprise some of the music played in the 1950s and 1960s at the renowned African-American beachfront resort located on the current site of the Chesapeake Harbour development on Annapolis Neck. The Raw Hands quartet is comprised of Lloyd Fowlkes on bass, Dallas Pace on keyboard, David Queene on drums, George “Chicky” Johnson on guitar, and Linda Clowe on vocals.

Fowlkes played bass with the Pipe Dreamers, the Carr’s Beach house band at the resort, backing Stevie Wonder, Patti LaBelle, Mary Wells, Chuck Berry, Jackie Wilson, Otis Redding and many other superstars. “Back in the day, there were buses full of people coming to Carr’s Beach to hear the music,” Fowlkes recalls. “The buses would be lined up for miles, all through the City.” During a time when African-American residents of Annapolis and the surrounding areas were barred from public beaches and other places of entertainment, Carr’s Beach represented a place of their own. Families would gather to relax and swim during the day, then adults would crowd the pavilion to listen to Little Richard and Etta James and The Drifters. The music and the people left an indelible stamp on Fowlkes who has played bass in a variety of local bands ever since. The easy-listening rhythm and blues of Raw Hands will bring back the sounds of the past to a new generation of enthusiastic fans.

← FASHION FOR A CAUSE 2013 TO BENEFIT CHESAPEAKE KIDS
VOLUNTEER OPPORTUNITIES →